From time to time we get a call from a driver saying that he can’t select any gears and the gear stick (Manual Gearbox) has gone sloppy. Quite often we direct him to sliding underneath the left side of the van and reconnecting the ball joint end back onto the gearbox selector mechanism, at least to get him home and save recovery.  Once either or both of these plastic adjustable ends wear beyond a point where they no longer ‘snap’ onto the steel balls of the selector mechanism, its time to replace them as they will let you down. 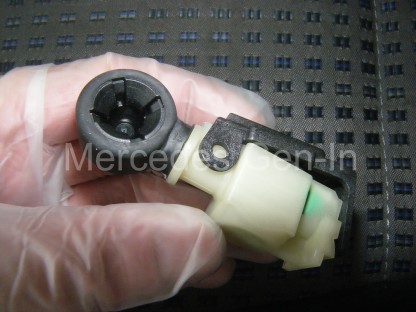 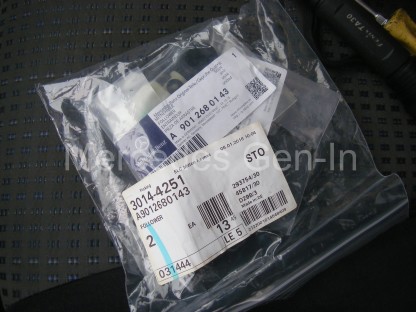 All you need to do to install these correctly, is elevate the vehicle enough to gain access to the underside at a point on the side of the gearbox case,  just rearward of the front left wheel. Slip off the gearstick gaiter in the cab and push down the steel locating staple on the gear lever to set and lock it at its mid-position.  Now get underneath and pull/lever off the two old ball joints from their respective positions, one on top and one to the side. 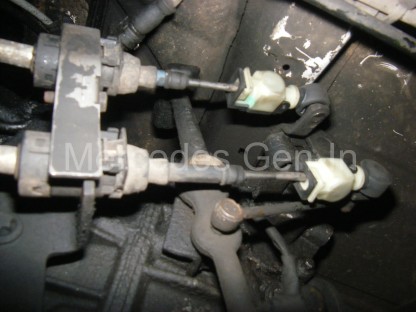 Release the grip latch that traps the cable ‘ribbed rod’ end from each balljoint, this is used to adjust the effective cable length and position the gear cable in its correct position.  Once the latch is undone the end will simply pull off the ribbed rod of the cable end.  Installation of the new ends is straightforward.  Ensure the selector mechanism on the gearbox is in its neutral at rest position.  Undo the latch on each of the new balljoints and thread them onto the ribbed adjuster rod moulded onto the end of each selector cable. Use slide or pipe pliers to squeeze the new ball joints onto their respective male steel ball towers.  Align the gear mechanism to its central rest position and use the pipe pliers as before to squeeze together the latch that grips the adjustment rod.  It will click when it is in its final position and you will see that the latch clip is fully engaged on the front face of the moulded body (where the cable enters).

From the cab, withdraw the steel centring pin (Staple) from the gear selector lever ball, ensuring it latches out of the way, back into its little indent in the upper part of the moulded body.  Test gear selection.  If all is well, start the engine and road test. Further adjustment should not be necessary, however if needed, the ball joint end/cable clamps can be simply unlatched with a screwdriver, thus allowing the bar on the cable end to be slid either further in or out of the ball joint body, before re-clamping to secure the adjustment.