For a couple of weeks a driver had been complaining that occasionally the clutch pedal on the 2005 LWB Sprinter would stay down lower than it should. He said he could hook his foot under it and pull it level with the other pedals but this was far from satisfactory. When I got into the van the whole clutch pedal layout seemed strange, in fact the pedal was so far over to the left that it was almost touching the vertical part of the centre dashboard console.

On examination the plastic pedal could be pulled sideways about two inches and a closer look revealed that the shaft pivot moulded into the pedal had worn oval. It had worn away to such an extent that the built up area around the hole that accepts the pivot shaft had almost worn through and begun to crack. We had a spare clutch pedal to fit originally taken from a Luton chassis cab Sprinter, they are the same part across the whole model range. 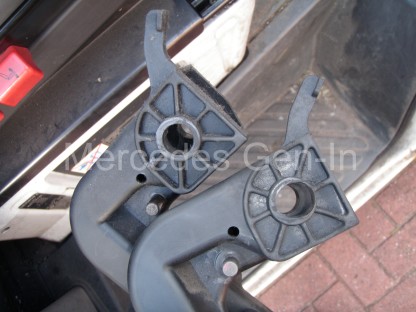 Removal and refitting is straight forward enough – On the left hand side of the clutch pedal steel pivot part of the alloy/steel pedal box assembly, there is a single large spring clip that secures the pedal. Use a broad flat blade screwdriver to lift, slide and release this. Note that there is a thin nylon washer between it and the pedal itself. Retrieve this and keep it safe. 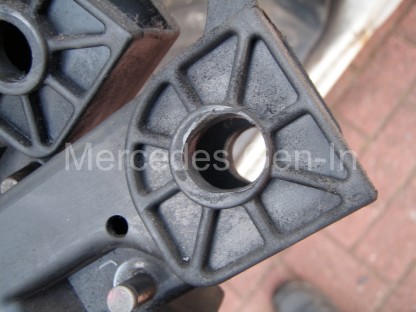 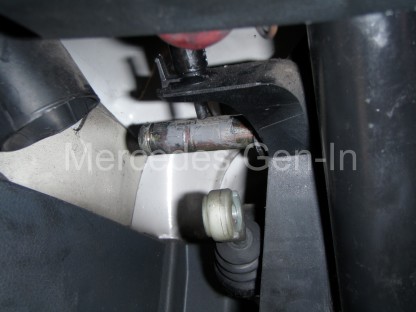 Replacement is straight forward, building the new pedal into place leaving the return spring until last. Remove the coil spring from the return spring assembly and take it to a bench vice. Carefully compress the spring using two spacers, one on each end, to allow access to feed either wire or tie-wraps through the coils as the spring is held in a compressed state. I used an old pair of the square steel shafts that interconnect the door handles on domestic doors, you can use whatever you have available. Once the spring is compressed in the vice, use a pair of good quality cable ties or 1.5mm copper wire to secure the spring in a compressed state. Carefully undo the vice and remove the spring. Assemble the spring onto the return spring rod, building it up as the photograph below. Locate the top plastic pointed tip into the ‘V’ slot that is located on the upper pedal box. Bring the pedal into alignment with the lower eye and slide it onto the shaft. Fit the retaining circip. Using a pair of side cutters, snip the tie-wraps or retaining wire to release the tension on the return spring. Just be aware to keep the top pointed tip aligned in the ‘V’ shaped slot as you release/cut the ties on the spring.  For information: the return spring locating pointed tip and ‘V’ slot, run from left to right – in the same plane as the pedal pivot. Also of casual interest in the photograph above, you can see the electrical switch (in the top part of the picture) that signals the clutch pedal position to the ECU. This can give rise to ‘Limp Home’ problems in the same way as a faulty brake position switch. Ensure that you do not disturb its position or wiring during the pedal replacement procedure. 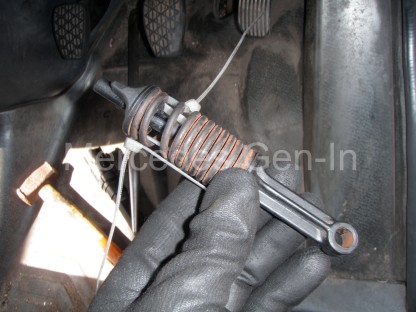 Once the return spring is back in place you are good to go. Don’t forget to replace the pedal rubber if it worn, this is an ideal time to do this. 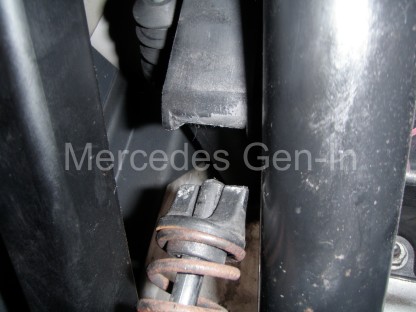