You may have read previously either here or on the web about the use of the Honda Accord 2.2 Diesel injector seals in applications for Mercedes CDI diesels.  Sprinter, Vito, E320, C220, C 320 etc.  Here is an instance that really benefited from the use of the alternative sealing washer. 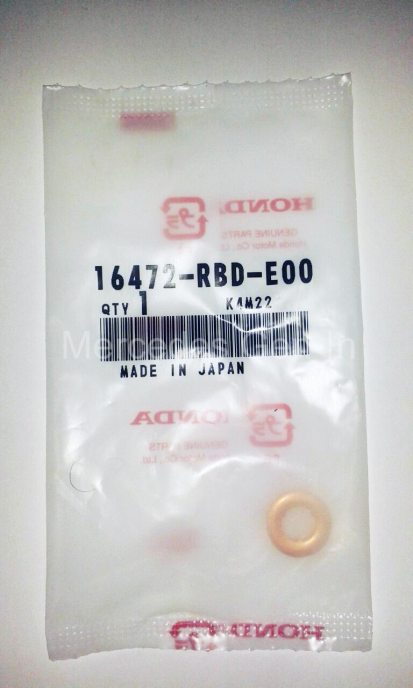 I had one of the courier fleets T1N 4 metre Sprinters in for repair due to a chuffing injector.  Unlike most common ‘Black Death’ related failures this one had just decided to spray diesel everywhere under the bonnet without any prior warning or over-time buildup of coke around the injector. Previously the other 3 injector seals in this engine had been replaced with Honda types and this single remaining one (No.2 Cylinder) was an original Mercedes OEM seal installed at the same time as the others, simply because I had no more Honda parts available.

On removal of the injector (slacken injector hold down clamp bolt and run engine to normal operating temperature – this often unseats the injector allowing relatively trouble free removal) It was discovered the seat was scored and pitted. The seat was recut then lightly faced with a hand reamer / face cutter tool then checked with a mirror and torch.  I knew this seat was good last time I replaced the seal so there had been a problem with blow by gasses cutting the seating face. 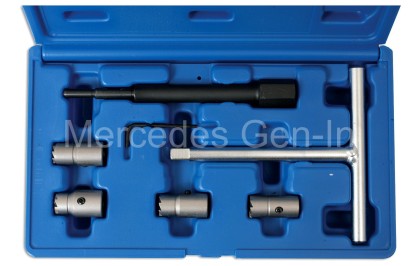 So now all seals have been replaced with Honda parts and the van is once more good-to-go!   This engine, along with the van itself has covered over 500,000 hard courier miles and although the piston rings/bores are now nearing end of life (increased crank case pressure) it still sounds sweet and runs like a train.  Also interesting testament to chipped and tuned engines and their longevity, this one was performance chipped from new and at half a million miles running its hard to say that it has in any way been detrimental to its life span – an interesting point of note.

I have photographed the Honda part (injector seal) above in its original packet for ease of identification and obtaining the part should you wish to use the alternative copper sealing washer.  They look slightly thicker and are definitely made from a softer more malleable material than the OEM Mercedes units – My own view is that this ‘softness’ assists in sealing to irregular hand cut/cleaned seal faces and seats better than the harder MB equivalent washers. 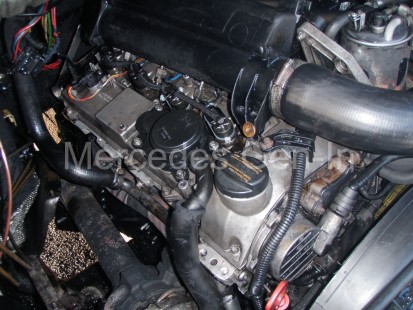