The Mercedes CDI series of diesel engines have an electronically controlled fuel pressure regulator mounted on the end of the fuel distribution rail. This controls, as the name suggests, the fuel rail pressure. It relies on the seal made between a single small O-ring which is backed by a split fibre backing ring.  What happens over time is that the O-ring wears and often fails allowing pressurised fuel to bypass the valve and ebb away the required running pressure that the injectors need.  Often the problem becomes more noticeable once the engine is warm and poor starting results.

Usual symptoms for this can be laboured starting when warm and occasional non starting, if the fuel rail cannot maintain the required minimum of approximately 300 bar at crank to allow the injectors to fire.  If it is possible to monitor rail pressure using Live-Data, you may see the rail pressure dancing between 266 and 550 bar. Instability of pressure when holding a steady throttle will be the clue as to a problem with the fuel pressure control.  If you do not have access to a compatible code reader thankfully the repair is simple and not costly so easy and cheap to eliminate as a cause of poor warm/hot starting. (Under £10) 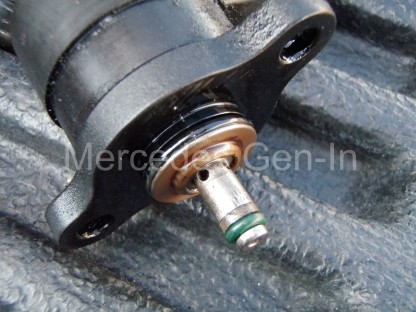 Remove the upper section of the inlet manifold to allow access to the rear of the fuel rail, just under and against the bulkhead/firewall.  Identify the electrical connector and remove it, select a 1/4 drive socket wrench and appropriate small reverse torx socket and short extension.  Remove the two opposing pins on the regulator flange (left and right as fitted).  Pull out the fuel pressure regulator from the end of the fuel rail. 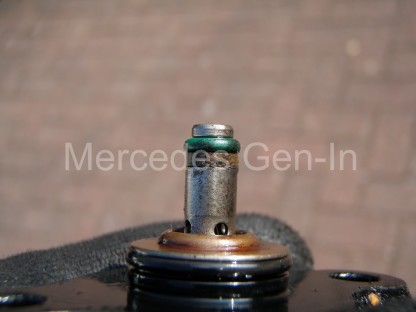 Keeping the device clean, remove both the green O-ring and fibre backing ring from the tip of the regulator and replace with new components.  Refit the regulator assembly to the rail.  It makes it easier if you have the left hand threaded pin in place in the regulator flange mounting hole, before offering it into place. (left hand in fitting position, if standing at front of engine)  Once the two pins are re-fitted the electrical connector can be attached and the intake manifold upper half rebuilt. 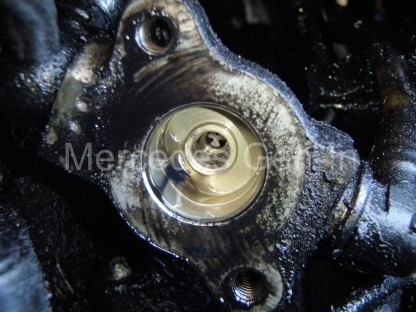 It is important to note that a failing fuel injector can also deprive the fuel rail of its operating pressure. If you suspect that this is the case, perhaps after changing the regulator O-ring to find there is no difference to the fault then you must carry out or entrust a garage to do a diagnostic ‘leak-off test’ to prove the injector system is sound.  WARNING a failing fuel injector that is passing unmetered  amounts of fuel can soon damage the engine catastrophically, either through piston overheat or engine seizure and any suspected problems must be investigated promptly!  See this interesting and descriptive forum post regarding leak-off testing. 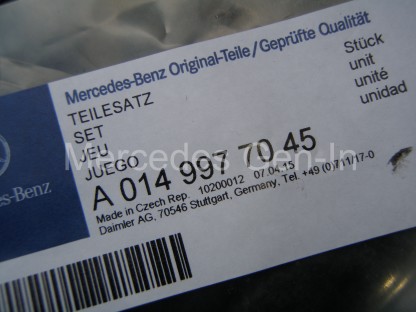