I was searching for a gift for my wife’s Birthday when the phone rang. “I have a courier vehicle stranded… Belts come off… We have sent another vehicle on route to take over but need you to get this one recovered and fixed…”  I packed the tool kit and met up with the Director of the company who transported me to the exact location of the stricken vehicle some 25 miles away. 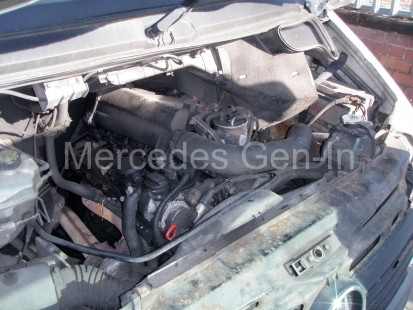 On flipping the bonnet, sure enough there was no belt to be seen.  There was plenty of fibrous ‘fluff’ both on the cooling fan and around the base of the radiator cowl – it had not failed suddenly.  On the way we had stopped off to pick up a new belt from the local dealers, so I had the parts on-hand to rethread the auxiliary belt and fix this at the roadside.

A quick check of the idlers and tensioner, although far from new, proved to be not too noisy and running true – In luck, we were going to be away very quickly indeed! 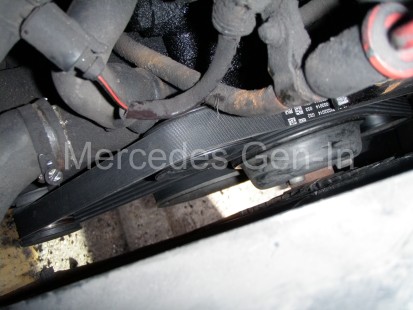 Even though you go through a routine fitting replacement belts every couple of months here and there, on this occasion there was no ‘old’ belt present to remind me of the routing – stumped!  After a couple of failed attempts I eventually got the routing correct and once the 17mm spanner ‘tweak’ on the tensioner had allowed me to finalise the installation I made a spot decision that this memory fade (could be an age thing…) was not going to cost me lost time ever again.  Fortunately it wasn’t raining, but I knew how important this information was and how wet or cold I could have been in trying to find the correct combination to fit a missing auxiliary belt under less than ideal conditions.

So what did I do?

I cleaned an area on the top of the washer bottle and took a black marker pen and sketched the correct belt route permanently on the plastic surface as a reminder of where things went.  A top tip (Cheers Vic of Sprinter-Source) for anyone who carries a spare belt – the original may not be there for your reference and this makes a great, simple and easy ‘roadside aid-memoir’.  I will be adding this drawing to the fleet as and when I next work on them.  You may wish to draw it in the back of your service book, but with multi-driver fleet vehicles, things like that go missing – especially when you need them most! 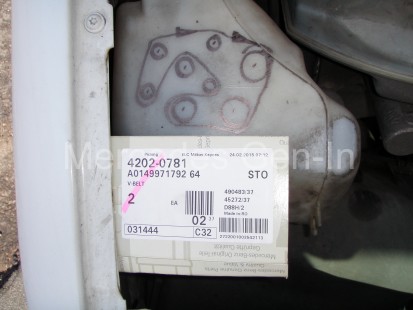 Bonnet/hood down and on my way, I drive the van back to the depot and hand the keys to security.  When parking I noticed one of the older LWB Sprinter fleet parked in the adjacent bay and though it would be an ideal opportunity to swap the long overdue diesel filter and add my new ‘super-sketch’ to the washer bottle. (to find one of these vehicles parked back at base and not on the road was very rare) 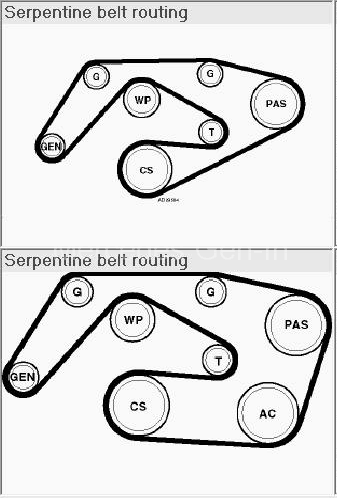 I changed the diesel filter without issue, priming the new canister with fresh diesel using a large syringe I carry specially for the job.  Turning the van over it burst straight into life. I slid from the drivers seat and peered into the oily depths of the engine bay. This particular van was my nemesis, it was a ‘heavy breather’ through the oil separator, due mostly to bore wear and as such had accumulated a liberal coating of black oily tar over most of its parts – oh joy!  With the torch I noticed that the auxiliary belt was almost running off the edge of the idler/tensioner pulley.  The tensioner pulley had obviously collapsed internally, causing the belt to run half way off the plastic pulley.

I sourced a new tensioner and my second drive belt of the day from the dealers and set about changing the faulty unit.  Although in theory this should be a straight forward job, it is hampered by poor access and is even with the proper tools, by its nature, is a bit of a fiddle to execute at the best of times. 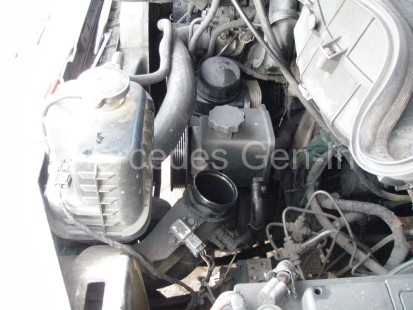 Firstly take off the long top turbo hose to the inlet manifold this gives slightly improved access for working, then remove the auxiliary drive belt by scooting underneath the front and using a 17mm ring spanner on the tensioner arm to relieve the belt,  slipping it forwards off the crank pulley.  Now pull out the belt from above the engine – note that none of the belt has to be threaded behind the cooling fan blade, it just folds down either side of the cooling fan pulley from above. 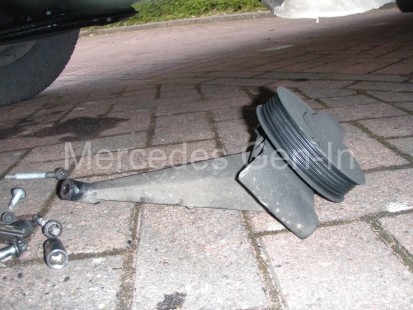 Now remove the large idler pulley and bracket that lives just below the power steering pump (non air conditioned models, on AC equipped vehicles this will be the compressor location)  This is attached with two long, reverse socket head bolts at the front and a single shorter bolt some way back on the block.  Once these three bolts are removed the pulley can be lifted down and out of the way.

The removal of the large idler pulley will reveal the two small fixings that hold the sprung belt tensioner.  These are smaller, reverse socket head fixings and although you really do need a special set of sockets an 8mm multipoint deep socket is about the correct length for best removal.  You may just need to use the ring end of a long series 8mm combo spanner to crack the bolts first, as they do get tight. 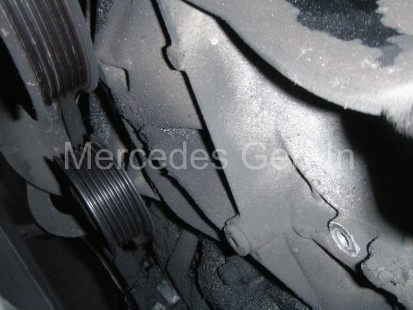 On removing the two tensioner fixings, the integrated barrel damper and idler wheel unit can be pulled out from its cast socket in the front bracket, then orientated down and out from the area between the fan and block. 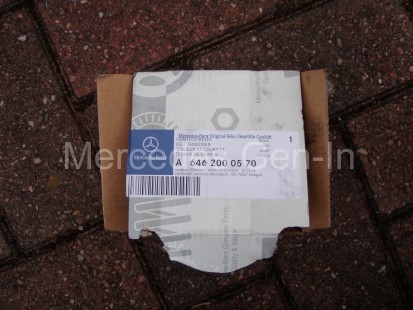 Assembly is the reversal of removal, with the exception that if fitting a new out-of-the-box tensioner, it will be fitted with a steel pin that holds the new assembly in the correct sprung loaded position to allow easy belt installation.  Once happy with your threaded route of your new belt, the tensioner can be tweaked with a 17mm ring spanner as before, and then the locking pin/bar removed.  The tensioner spring will now take up its correct, natural position and apply load to the back of the belt as designed. 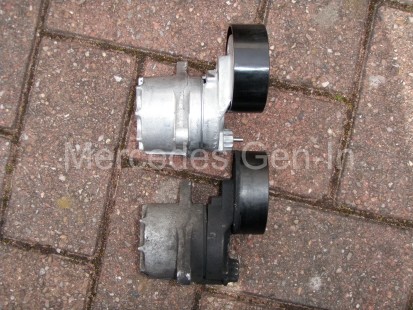 Click the image above to enlarge it and compare the levers of both tensioners, noting where they join the damper cylinder.  The lower worn tensioner/damper pivot ‘join’ line can clearly be seen to be pulled over, indicating internal collapse of the rubber damper bushing.

Anytime you change components in the auxillary belt loop, always fit a new drive belt. Because it will have worn to the old positioning/run of pulleys etc and could could cause future issues with unwanted belt noise or slipping – best avoided if you can – fit a new belt!

How about that, two drive belt jobs in one day!