Some time back the brake caliper on the drivers side of the Mercedes Vito (W639) was giving trouble. It was sticking badly and as a result stuck on one day to the extent that generated hear melted the brake pad warning sensor.  Obviously I dealt with the sticking caliper but at the time I did not have a replacement sensor to hand so I joined the two ends of the remaining wires just to extinguish the warning lamp on the dash.  To read how the sticking brake caliper was repaired read here. 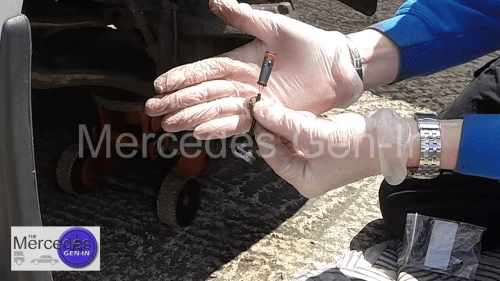 It was a nice afternoon and I had little else to do, so I decided to fit the sensor that I had purchased from the Motor factors as a replacement for the ‘work-round’ but so far had not had the chance to fit it – Ideal play day job!  The part was just under £4.00 from the motor factors, with an OEM part number of 906 540 15 17 or  a VTECH aftermarket part code of  649ME0130 – should you wish to order one.  Interestingly, you often get a pair of sensors with a new set of brake pads but if you choose Mercedes parts you have to additionally purchase the sensors individually. 🙂 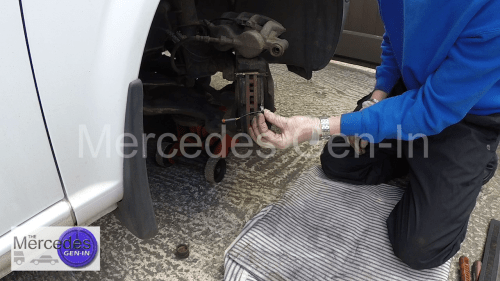 The warning light on the dash does extinguish automatically once the faulty sensor is replaced, simply by cycling the ignition.  In the video I use the Autel Maxidiag code reading diagnostic tool to investigate if the fault is stored at ECU level and how the effects of clearing the logged fault with the diagnostic tool resets the dash warning lamp.  Interestingly even once the fault code is cleared (Key in – engine on), the dash lamp remains illuminated until the ignition is cycled, unlike the majority of cleared engine fault codes that immediately extinguish the warning lamp when actioned by the diagnostic tool, either engine running or static with ignition on.  Watch the video, its simple stuff but there is some interesting commentary if the job is new to you.

Replacement of this sensor is quite simple, all you have to do is remove the road wheel and remove the brake caliper as if changing the pads.  Once the caliper is removed, slip out the outboard pad and install the sensor in the provided cut out on the steel backing of the brake pad lining.  Thread the sensor connector through the access hole in the caliper as you reassemble it. When the slide bolts are in position and tightened, plug in the pad sensor to the mating part that is bolted to the brake carrier assembly.  Replace the road wheel and cycle the ignition.  I hope you find this of some use. 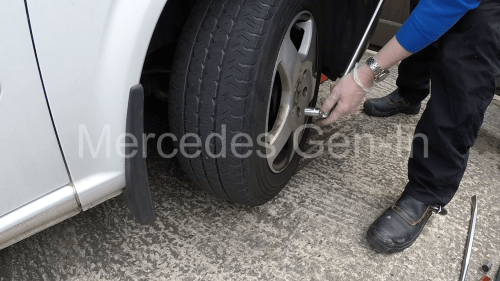