One of the fleet Crafters pulled into the yard and the driver shouted in best Anglo-saxon that there was an issue with the side loading door and that there was a load of ‘wires’ hanging! On carefully opening the side loading door and beginning to slide it back on its runners all became apparent. The flexible cable tray (chain-tray) was in several pieces and the electrical cable it was supposed to house draping down dangerously in the area of the bottom door guide track. 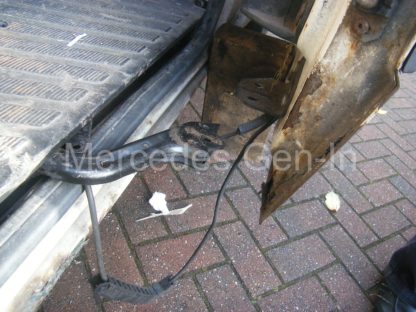 Most of the plastic chain-tray looked to be just unclipped from itself and would reattach to make a continuous ‘chain’ again, however there was one or two link sections that were broken, including the last one in the snake that connected directly to the lower stay of the bottom door roller. This lower stay-section has a plastic snap-in moulding beneath, this routes the bowden control cable from the handle mechanism to the runner latch operating a release for the sliding door when it is fully locked open. 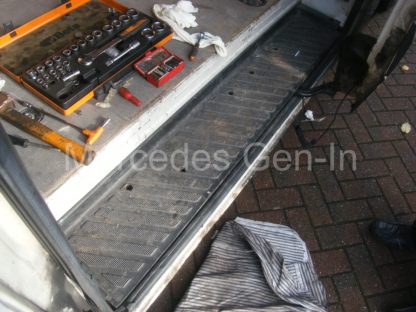 The only way to repair and re-route the cable correctly within the chain tray is to remove the step plate/lower runner guide moulding. There are a number of fastenings that hold the step to the body and these are well hidden in pockets beneath the tread under removable (well disguised plugs) once these are removed with a thin blade screwdriver and careful levering they reveal a number of Torx bolts. These protrude to the underside of the van and in many cases benefit from a wire brushing and penetrating oil from underneath before attempting to undo them. In addition to the selection of fasteners on the step tread, there is one either side on the raised sections at each end under a plastic top-hat plug (25mm diameter) once removed with the small clip-in plastic loom cover at the bulk head end the step will lift out revealing the cable and tray. 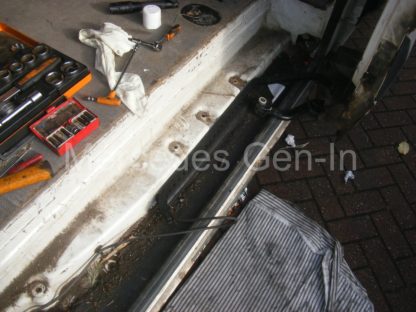 There will be a huge amount of debris, soil, nails etc under hear and now is as good a time as any to clear this area out so as to prevent any build up obstructing or wearing the roller on the lower guide of the door track. 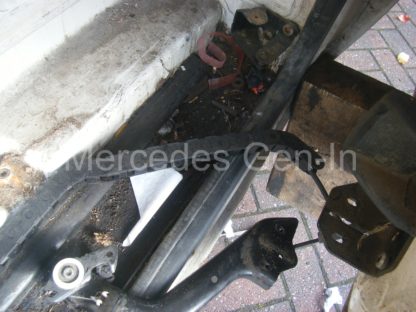 Under the step is a black plastic flat cover, this clips into a raised plastic U section that supports and guides the cable chain tray as it rolls in and out of the step as the door is operated. The chain tray is attached to the U section by a snap clip that ties it to the bulk head end of the U section. As my chain had lost two links through damage I moved this by the appropriate amount further along the U section to compensate for the missing length. I simply cut a new slot with a craft knife into the U section and snapped the locator into the section. 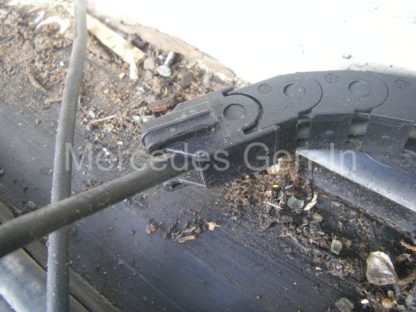 The clip in part that resides under the lower roller arm of the door was a little tricky to put back into place as both the electrical cable and latch cable run in slots either side of the moulding, these want to slip out as you attempt to clip it together. The electrical cable lies in the moulded lower section and hooks round into the chain tray attachment lug and onward into the reminder of the flexible cable management. Once all clipped back in lace I added a couple of strategically placed cable ties to hold the end together, engaged in the metalwork. 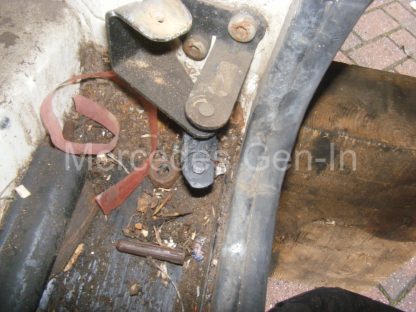 Test opening and closing the door without the step and watch to see how close the chain tray passes the door hold-back latch pin fastened to the rear of the step cut out. This will be close. Too close for my liking and probably the reason the cable management got ripped away in the first place. I loosened the latch pin plate screws and moved it up a small distance to clear the chain tray. Ensure the latch on the lower runner arm still meshes with the pin and aligns well. 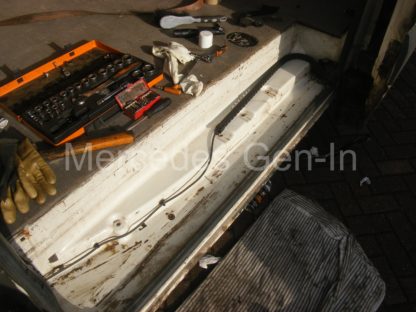 Once the cable tray is attached and tested free to move, the step section can be refitted and the fixing pocket retainers refitted. The door should now be just as it was before the cable tray got broken. 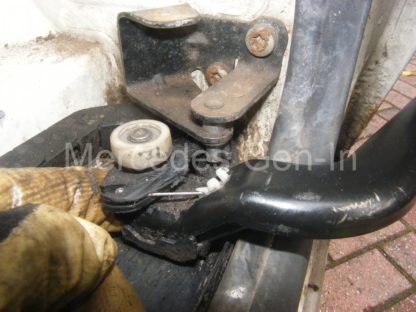