The physical replacement of the Mercedes four cylinder CDI diesel engine is a major mechanical job by any means, but thanks to some good engineering and designed-in serviceability, this is not to be feared. If you know a routine to follow and have a system about your work a direct engine-out, engine-in is an achievable task in a full days work and maybe the following morning for a competent DIY’er.  Having all garage equipment available and not being bothered by any changes in the weather, a drop-in job can be dusted off end to end, in a working day. 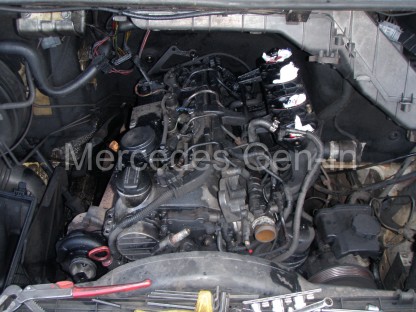 To undertake this task you must posess a reasonable general tool kit and have at least a reverse torx socket set and the use of an engine hoist.  The following outlines how I do the job, you may have different Ideas, but I follow a tried and tested pattern of disassembly and assembly, it works for me and maybe it will for you too.

Remove the battery from the tray

Pull up the two radiator retainers and take off the rubber dampers, top either side of the radiator.

Undo the water hoses from the engine, (at the thermostat and water pump spigots) then release the hose from the steel pipe above the exhaust manifold and the one on the opposite side feeding the electric circulation pump.

Remove the turbo hoses from either side, to and from the intercooler. Remove the upper supply hose to the inlet manifold.

Remove the air box lid and take out the filter, extract the air box base. Take off the turbo supply pipework and disconnect the crankcase breather heater. Remove this hose from the breather oil/separator.

Disconnect the diesel feed and return lines from the fuel filter

Remove the upper half of the inlet manifold, and plug the inlet ports with rag or paper to prevent anything being dropped in there.  Remove the plastic injector cover if fitted.

Undo the clips on the upper air distribution ducting above the inlet manifold and slide off the removable section.

Pull off the vac pipe from the turbo actuator

Pull up and out on the left side first the radiator and intercooler (fixed as one piece) Remove from the vehicle. On AC equipped vehicles the condenser too would have to be removed 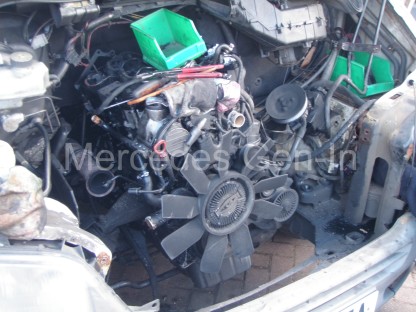 Undo and remove the exhaust to turbo sealing clamp ring

Remove the four alternator bracket bolts and disconnect the power and exiter connections from the rear, remove the alternator

Slide out the ECU from under the dash, pull back the grommet into the engine bay that routes the engine harness to the ECU.  Undo these connectors from the ECU and feed them back through the bulkhead.

Undo the red glow plug unit wire feeds and auxiliary supplies from the positive battery terminal, reach in through the right hand headlamp opening and remove the loom connector from the glow plug control module

Tie the engine loom and starter feed cables from the battery connector up high, onto the top of the engine

Undo both 18mm engine mounting nuts and move the right hand loom bracket and earth bonding lead to a safe location. Leave the bolts in the holes a few threads for safety

Get underneath and remove the two starter motor bolts

Remove all the remaining reverse torx ring bolts on the bellhousing

Use a length of seatbelt webbing the tightly join the forward and rear engine lifting eyes.

Slide in the hoist and using the webbing as your lift point, take the weight of the engine

Get underneath and bar off the engine from the bell housing

The gearbox will be self supporting on its mounting, allowing you to pull the hoist out slightly bringing the engine forward an inch or so, jacking it as you go

Orientate the engine so it lifts straight ahead, over the front crossmember, its a tight fit with the sump, go carefully and steadily and it will lift over this, up and out of the engine bay

Once removed, lower the engine onto an old tyre to give it stability, otherwise it will want to fall over to the exhaust side!

If you did not drain the oil, you will discover the importance of keeping the removed engine upright as it will leak very fast from the turbo oil return opening in the sump line

There could be the odd small thing I have forgotten here, but generally all the major points are covered as above. 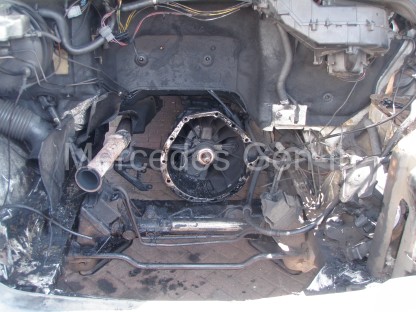 Now the engine is out, you can prepare the new engine for fitment, transferring any parts you will need from the old unit. Make sure the clutch slave cylinder in the bell housing looks in good condition and does not look to be leaking. (Do not press the clutch pedal to test!)  While the engine is out it is well worth inspecting the steering knuckle joints as access will never be this good again if they ever need to be changed. Same story for the clutch, if it is suspect then change it now, as your saving will be in the labour time of maybe having to do the job again at a later date.  If you have access to a steam cleaner or jet wash and you have the time clean out the engine bay, it almost makes working on an engine a pleasure when its clean and oil free! Plus you can see if your new engine has or develops any leaks if its clean and dry at the start. 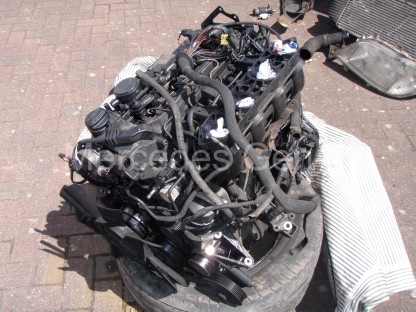 I am not going to say replacement is the direct opposite of removal because once the replacement engine is in situ then adding the remaining parts can be done in an order that best suits you, allowing you the best access to components as build-up progress is made.

This replacement used engine is known to have an issue with No2 injector seal leaking, so before being able to start and run up the newly installed lump, I will change the seal and overhaul this part of the engine before continuing to fully build up the unit. Its easier to remove an injector from an engine mounted in a vehicle than to try and chase it round the garage, especially if attempting to remove a difficult or stubborn injector. 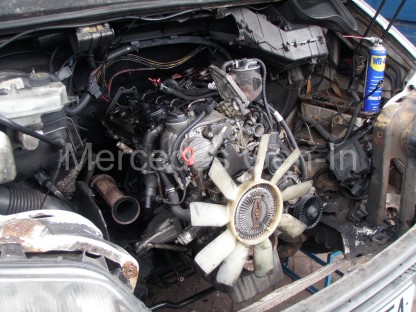 I will cover the injector replacement procedure and final test running of a newly installed engine in future sections.