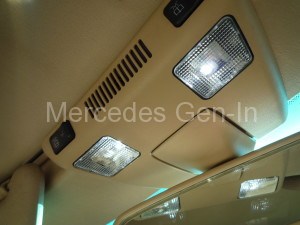 I suppose if you are reading this you are considering upgrading your Mercedes SL’s current dome light / map reading light to LED lamps.  Simple you might think. You may have tried already and be wondering how I managed to get it work, well here is the detail. 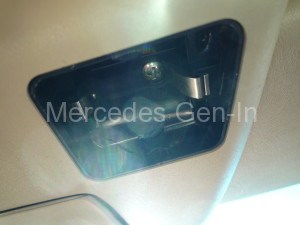 There are several sources of LED lamps to replace the Ba9s miniature bayonet cap bulb and you might think it is just a matter of swapping out the standard filament lamp for the newer LED replacement…. wrong!  If you do this you will find that it will just not work, not illuminate, flicker or blink – ‘nada’.  The reason behind this is that Mercedes in their wisdom decided to polarise the voltage connection to the lamps in the reverse of what you would expect, ie. the tip in this case is negative 12v.  This is related to the way in which the dome light control switches work and their dual function.

So what do we do, put the old lamps back in and admit defeat… NEVER !  I chose these LED Ba9s bulbs as they were based in the UK and I were delivered quickly as opposed to the many retailers in China who take 6-8 weeks for delivery.

I looked at the replacement LED Ba9s lamps and decided that it would be possible to take them apart, reverse the polarity and rebuild the lamps to work in opposing polarity to how they were intended.  Its intricate work but well within the capability of someone who owns and has used a soldering iron. 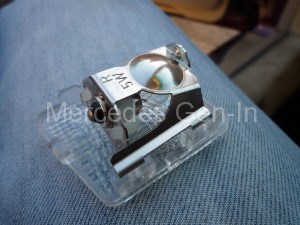 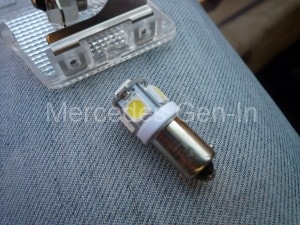 First remove the dome light lens and holder assemblies from both fittings by levering them on one of the long edge corners.  Once removed, you will have to carefully push in the two small tags on the reflector contact frame to release them from the clear lens part.

Remove the old bulb and take off the plastic support by releasing the two clips to leave a bare metal frame.  Offering the old bulb up to the holder from the reflector side of the assembly note where material will have to be removed with a needle file to insert the bulb from the front of the holder and not the rear as it is currently designed.  There is even slides in the plastic holder bush to allow fitment from this side but no slots in the base to allow the bulb to be slotted and turned.  See the pictures that show both original configuration and the notched modified part.  Carry out this modification to both left and right lamp holders and proceed now to modify the Ba9s LED lamps. 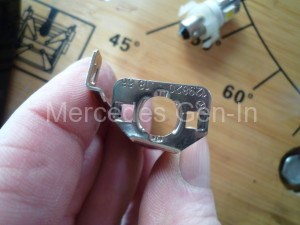 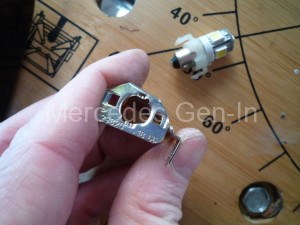 Quickly heat up the tip of the LED lamp with a soldering iron until the solder is molten, then bang the bulb on a hard surface, the hot solder will be ejected leaving a hole and connecting wire. Pull carefully on the LED structure and free it from the cap.  You will see the LED unit is polarised and it is this we will be swapping over.  Unfold the thin wire that is bent over the edge of the plastic holder, make it as straight as possible, in most cases it will be too short to reach the tip (its new connection point).  Using fine pliers, bend a small hook onto its end. Use some suitable fine wire and bend one end into a similar hook and couple the two ends together.  Mechanically crimp together and solder the joint using as little solder as possible.  Now bend the longer section of wire that used to go to the bulb tip, over the edge of the plastic holder in a similar fashion to how the original wire was bent. See photographs. 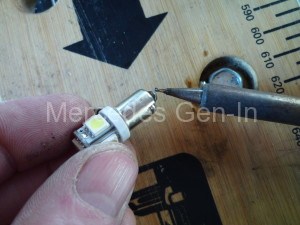 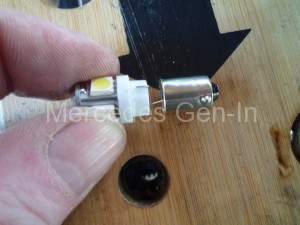 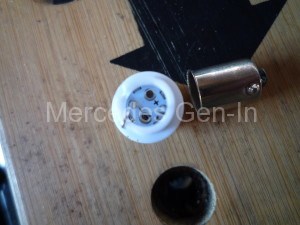 Push the LED assembly back into the cap, threading the longer straight wire through the cap tip.  Push the LED assembly fully home into  the cap and quickly re-solder the tip making sure you do not overheat the wire in the process.  Clip the remaining wire from the tip and allow to cool. 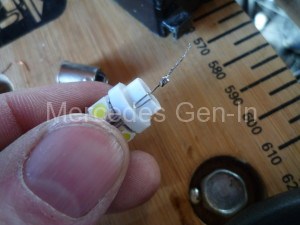 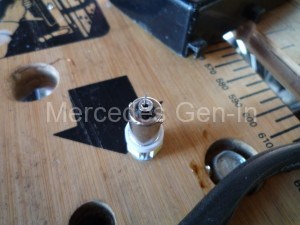 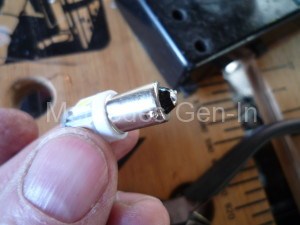 Check your work with a test meter and if you wish to double check test the LED lamp on a 12v DC supply.  Remember that the tip will be polarised negative now! 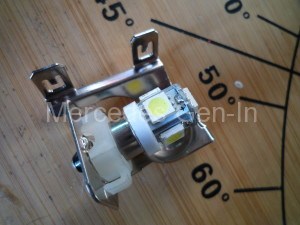 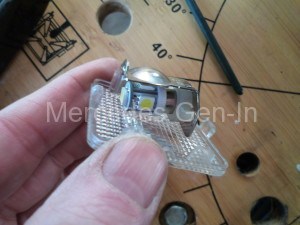 Insert the modified LED lamp into the holder and turn it a few degrees to locate the cap pips in the dimples provided.  Refit the plastic lens to the reflector frame if you have not done so already and clip the assembly back into the dome light.  Test out the function of your new modified LED lamps and then pat yourself on the back, as it is a very unique feature in the Mercedes SL R129 vehicle to have LED dome lights, for this very reason.  If you search the web you will see many owners who have in my view almost ‘bodged’ a 36mm festoon type LED bulb into the fittings.  Suffice to say I have further read about blowing fuses and intermittent operation due to poorly made connections, in one case on a popular MB forum the lamp control module required replacement at a huge sum. If anything touches the exposed cross head fixing screw that lives inside the dome light pocket – expect trouble.  The fitting was never designed for any other lamp other than the Ba9s and that is how it should remain for robustness of operation and safety’s sake!  It really does not take too much effort to do the job properly. 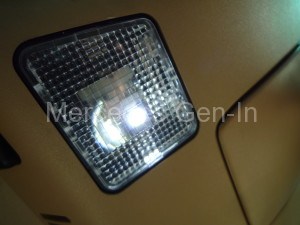