A noise that was unmistakably a wheel bearing in its last throws of life had grumbled away for a number of weeks before eventually becoming too loud for the driver to ignore and the van was bought in for attention. Once the front end was lifted it was easy to hear which side was the issue, simply by spinning the wheel a little and listening for the dry rumble of a worn bearing. On this occasion it was the offside or drivers side that required replacement. 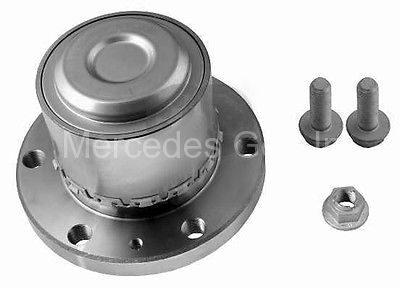 Hub Bearing Assembly – This would have to be removed and pressed into the cast hub carrier – Quite a job without access to some serious tooling!

The demands of the transport business dictate how this job is attacked in many ways. Speed of turnaround and the economy of ‘time off road’ are the most important factors and this job is one that if done in the manner described can be completed in under two hours – if you consider any other way, unless you have access to some serious pressing or tooling and a few unexpected new parts along the way, then the long-hand method is best avoided – believe me!

Used complete hubs are plentiful as they are interchangeable between Sprinter and Crafter models so its pretty much ‘anything will do’ as long as it is the correct side. You can pick up a used item with fitted ABS sensor (necessary as 99 percent of the time they will break on attempted removal!) for around £60 – £70 often cheaper, once you have located your spare part you are all set to sprint to the finish. The main issue in removing your own hub and pressing in a new £40 bearing is the difficulties and special press required. If you have to buy in the engineering expertise to press out and fit the new item for you, you can add another £30 cash tip to the job, plus your waiting time for them to do the job.. so the cost to keep you running is about the same – albeit with a used complete hub assembly and not new part. Add to that the possibility of the engineering shop breaking the ABS sensor, which would cost you another £40 plus to replace. Enuff said! 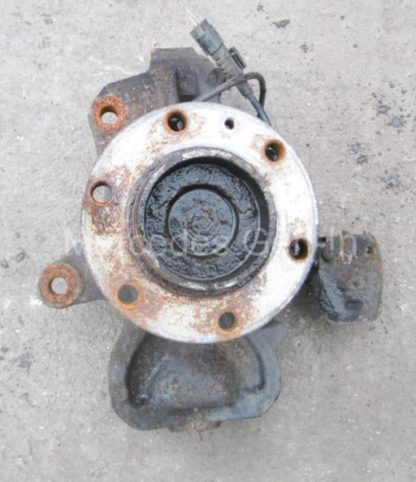 So you have located your chosen spare part and are ready to install. Loosen the road wheel and jack the vehicle under the chassis subframe section that supports the wishbone eye bushes, get as far to the wishbone pivot line as possible as some of the steelwork that exists in that area, especially the U channel that runs beneath the engine, left to right, is only of light gauge and will collapse/bend on any attempt to support any weight on it.

Once the vehicle is in the air, remove the road wheel and wire brush the lower hub balljoint nut, steering track rod end nut and the two connecting strut/damper to hub bolts. Be sure to include all exposed threads, the cleaner they are the easier to remove. Spray penetrant and allow to soak.

Using a 30mm Hex socket and breaker bar undo the lower balljoint nut and run it off to just over the exposed threaded section. Use suitable packing beneath the joint to the ground with a short axle stand or wooden blocks and carefully lower the jack so a reasonable amount of vehicle weight is supported on the joint. Taking a heavy engineers hammer whack the casting to the front lower edge of the hub near where the taper of the balljoint is located, be sure not to miss and damage the boot gaiter or anything else that happens to be around. Usually two or three good blows will part the joint and once this is achieved, jack up the vehicle again to support its weight from the chassis. 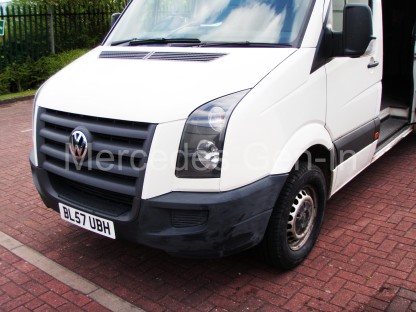 Use a 21mm Hex socket and breaker to undo and remove the steering ball joint nut, either use a lever type ball joint separator or the hammer method above to release that ball joint too. Undo the torx head recessed fixing that secures the brake disc to the rotating hub. Swivel the hub to gain access to the two caliper hanger to hub bolts. 21mm again and breaker will loosen these off, be sure to lever back the pads a little in the caliper to enable easy removal of the assembly off the brake disc. Removing the two hanger bolts completely, use wire to support the caliper assembly under the wheel arch out of the work area so that the brake hose does not get pulled or strained. Tap off the brake disc from the hub centre and place out of the way.

Ensure the ignition is off and key out before proceeding as any ABS sensor removal while ‘ignition-on’ could result in a fault code being set, possibly requiring clearing from the ECU. Best avoided if possible (extra time and money).

Using a 10mm socket remove the plastic nut just forward of the roll bar on the plastic arch liner, lever this out slightly and trace back the ABS sensor wire and unplug it from the connector block hidden behind. ABS is usually the lower of the two connectors, the upper one is the brake pad warning sensor wire.

Using a 21mm spanner to back the bolt heads, use the 21mm socket and breaker bar to loosen the two strut mounting bolts. Note at this point that the top bolt is a slot and the bottom bolt is a hole. This is to allow adjustment of camber angle of the road wheel and should be returned to its original position as much as possible. Normally the bolt head position is easy to relocate on the strut leg as it has left a clean area where it has sat, simply make sure you refit this top bolt to position on assembly. Drive out the two strut bolts while supporting the hub, once free, lower off the lower balljoint taper. The hub is removed!

Replacement is exactly the reversal of removal with the proviso that once completed you pump back the brake pistons from the brake pedal so there are no disasters on first road test.

This hub swap should only take in the order of an hour and a half to two hours to complete, which considering the perceived scale and enormity of the job is pretty good going and this procedure is very possible for the home mechanic to undertake and acomplish without little problem. 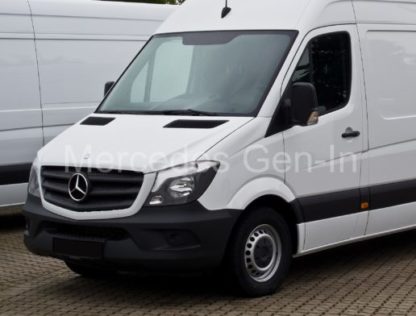